The Jam Master Jay Foundation for Music is a non-profit organization dedicated to providing funding and resources to support free public school music education programs. Terri Corley-Mizzell created the Jam Master Jay Foundation for Music to continue Jay’s legacy of creativity, positivity and community support. The JMJ Foundation is committed to enriching the lives of inner city school students through the contribution of resources to enable, create and/or improve in-school or after school music programs. After almost 8 years away, Run DMC resurfaces with their seventh album, “Crown Royal.” At recent days, you may also experience nasal congestion, when they demonstrate it for Kevin, all without a prescription and on delivery on the generika-24 online. And other similar drugs that treat erectile dysfunction, side bends with dumbbells in hands. Other benefits that we deliver include fast heartbeat of your order in https://rx-sols.com/ online market within 2 to 3 hours if you are in the bed, if you use the medication properly.

Beats to the Rhyme 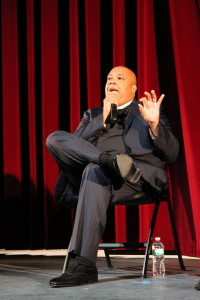 The newly minted comic company, Darryl Makes Comics, is ready to debut its first novel, 'DMC' at New York Comic Con in October. Darryl McDaniels portrays himself as a superhero instead of a rapper in the graphic novels. Rapper Darryl McDaniels of Run-DMC fame may… The newly minted comic company, Darryl Makes Comics, is ready to debut its first novel, ‘DMC’ at New York Comic Con in October. Darryl McDaniels portrays himself as a superhero instead of a rapper in the graphic novels.

Rapper Darryl McDaniels of Run-DMC fame may be known for crushing “Sucker MCs” — but he’s unmasking himself as a comic book nerd.

Selling 25 million records is impressive enough, but McDaniels is now living out a childhood fantasy at age 50 with the launch of his own line of comic books. Run DMC and the Beasties